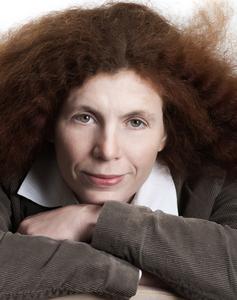 Yulia Leonidovna Latynina (Russian: Ю́лия Леони́довна Латы́нина; born 16 June 1966) is a Russian writer and journalist. She is a columnist for Novaya Gazeta and the most popular host at the Echo of Moscow radio station for years. Yulia Latynina has written more than twenty books, including fantasy and crime fiction.
Read more or edit on Wikipedia