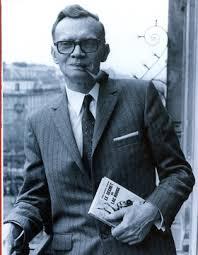 Paul-Jacques Bonzon (August 31, 1908 - September 24, 1978) was a French writer, best known for the series Les six compagnons ("Six companions"). He was born in Sainte-Marie-du-Mont, Manche and educated in Saint-Lô. In 1935 he married a teacher in Drôme and moved to this department, where he worked as a school teacher and later principal for twenty-five years. He died in Valence in 1978.
Read more or edit on Wikipedia