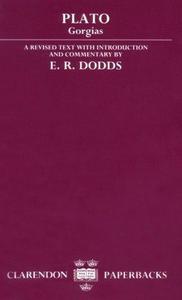 Gorgias (; Greek: Γοργίας [ɡorɡíaːs]) is a Socratic dialogue written by Plato around 380 BC. The dialogue depicts a conversation between Socrates and a small group of sophists (and other guests) at a dinner gathering. Socrates debates with the sophist seeking the true definition of rhetoric, attempting to pinpoint the essence of rhetoric and unveil the flaws of the sophistic oratory popular in Athens at the time. The art of persuasion was widely considered necessary for political and legal advantage in classical Athens, and rhetoricians promoted themselves as teachers of this fundamental skill. Some, like Gorgias, were foreigners attracted to Athens because of its reputation for intellectual and cultural sophistication. Socrates suggests that he is one of the few Athenians to practice true politics (521d).
Read more or edit on Wikipedia