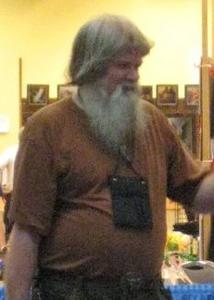 Ed Greenwood (born July 21, 1959) is a Canadian fantasy writer and the original creator of the Forgotten Realms game world. He began writing articles about the Forgotten Realms for Dragon magazine beginning in 1979, and subsequently sold the rights to the setting to TSR, the creators of the Dungeons & Dragons roleplaying game, in 1986. He has written many Forgotten Realms novels, as well as numerous articles and D&D game supplement books.
Read more or edit on Wikipedia