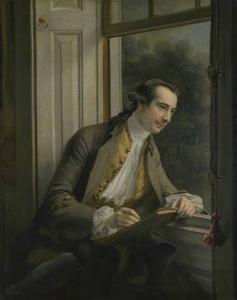 Paul Sandby (1731 – 7 November 1809) was an English map-maker turned landscape painter in watercolours, who, along with his older brother Thomas, became one of the founding members of the Royal Academy in 1768.
Read more or edit on Wikipedia