Christoph Simon (born 1972, Emmental, Switzerland) is a Swiss writer. After travelling in the Middle East, Poland, South America, London and New York, he settled in Berne. His first novel, Franz, or Why Antelopes Run in Herds (2001) has sold over 10,000 copies, while Planet Obrist (2005) was nominated for the Ingeborg Bachmann Prize. Zbinden’s Progress is his fourth novel and was translated into English and published by And Other Stories in 2012.
Read more or edit on Wikipedia 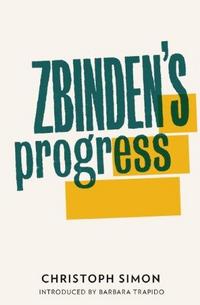