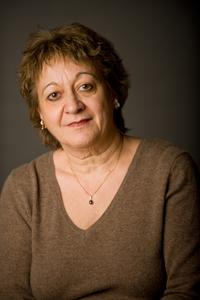 Chryssa Kouveliotou is a Greek astrophysicist. She is a professor at George Washington University and a retired senior technologist in high-energy astrophysics at NASA's Marshall Space Flight Center in Huntsville, Alabama.
Read more or edit on Wikipedia