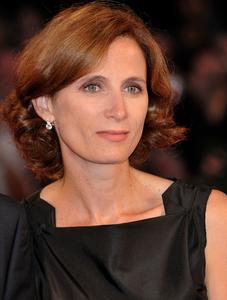 Margaret Mazzantini (Italian pronunciation: [ˈmarɡaret mattsanˈtiːni]; born 27 October 1961) is an Italian-Irish writer and actress. She became a film, television and stage actor, but is best known as a writer. Mazzantini began her acting career in 1980 starring in the cult horror classic Antropophagus, she has also appeared in television and theatre. As a successful writer, her novels include Non ti muovere (Don't Move) which was adapted into a film of the same name and is directed by her husband Sergio Castellitto and stars Penélope Cruz. Her career as a writer and actress has earned her several awards and nominations including Campiello Awards, a Golden Ticket Award, and a Goya Award.
Read more or edit on Wikipedia