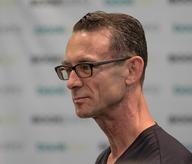 Charles Michael "Chuck" Palahniuk (; born February 21, 1962) is an American freelance journalist and novelist who describes his work as transgressional fiction. He has published 19 novels, three nonfiction books, two graphic novels, and two adult coloring books, as well as several short stories. His first published novel was Fight Club, which was adapted into a film of the same title. Source: Wikipedia (en)