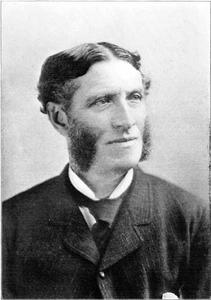 Matthew Arnold (24 December 1822 – 15 April 1888) was an English poet and cultural critic who worked as an inspector of schools. He was the son of Thomas Arnold, the celebrated headmaster of Rugby School, and brother to both Tom Arnold, literary professor, and William Delafield Arnold, novelist and colonial administrator. Matthew Arnold has been characterised as a sage writer, a type of writer who chastises and instructs the reader on contemporary social issues. He was also an inspector of schools for thirty-five years, and supported the concept of state-regulated secondary education.
Read more or edit on Wikipedia