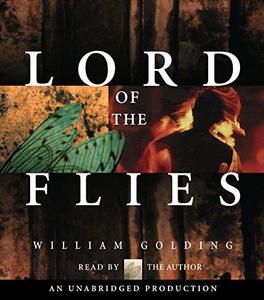 Lord of the Flies

Lord of the Flies is a 1954 novel by Nobel Prize-winning British author William Golding. The book focuses on a group of British boys stranded on an uninhabited island and their disastrous attempt to govern themselves. Themes include the tension between groupthink and individuality, between rational and emotional reactions, and between morality and immorality. The novel has been generally well received. It was named in the Modern Library 100 Best Novels, reaching number 41 on the editor's list, and 25 on the reader's list. In 2003 it was listed at number 70 on the BBC's The Big Read poll, and in 2005 Time magazine named it as one of the 100 best English-language novels from 1923 to 2005. Time also included the novel in its list of the 100 Best Young-Adult Books of All Time. Popular reading in schools, especially in the English-speaking world, a 2016 UK poll saw Lord of the Flies ranked third in the nation's favourite books from school.
Read more or edit on Wikipedia