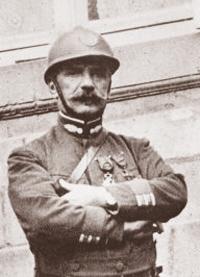 Émile Augustin Cyprien Driant (11 September 1855 – 22 February 1916) was a French writer, politician, and army officer. He was the first high-ranking casualty of the Battle of Verdun during World War I.
Read more or edit on Wikipedia