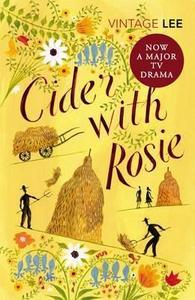 Cider with Rosie is a 1959 book by Laurie Lee (published in the US as Edge of Day: Boyhood in the West of England, 1960). It is the first book of a trilogy that continues with As I Walked Out One Midsummer Morning (1969) and A Moment of War (1991). It has sold over six million copies worldwide. The novel is an account of Lee's childhood in the village of Slad, Gloucestershire, England, in the period soon after the First World War. It chronicles the traditional village life which disappeared with the advent of new developments, such as the coming of the motor car, and relates the experiences of childhood seen from many years later. The identity of Rosie was revealed years later to be Lee's distant cousin Rosalind Buckland.
Read more or edit on Wikipedia

original title: Cider with Rosie
language: English
genre: autobiography
followed by: As I Walked Out One Midsummer Morning