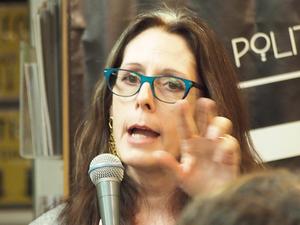 Laurie Halse Anderson is an American writer, known for children's and young adult novels. She received the Margaret A. Edwards Award from the American Library Association in 2010 for her contribution to young adult literature.She was first recognized for her novel Speak, published in 1999.
Read more or edit on Wikipedia