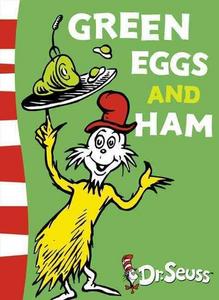 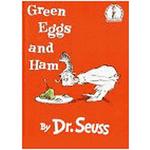 Green Eggs and Ham is a children's book by Dr. Seuss, first published on August 12, 1960. As of 2019, the book has sold 8 million copies worldwide. The story has appeared in several adaptations, starting with 1973's Dr. Seuss on the Loose starring Paul Winchell as the voice of both characters, and more recently an animated TV series of the same name on Netflix (which also gave the originally unnamed character Sam pesters the name "Guy-Am-I").
Read more or edit on Wikipedia