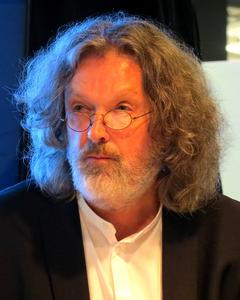 Árni Þórarinsson is an Icelandic writer born in Reykjavík on 1 August 1950. He received his B.A. in 1973 from the University of East Anglia in Norwich, England.He started out as a journalist and has worked in print, radio, and television. In 1989 he was on the board of the Reykjavik Film festival. His first novel was in that same year and was a crime novel. He has written several other crime novels some of which may become films.
Read more or edit on Wikipedia