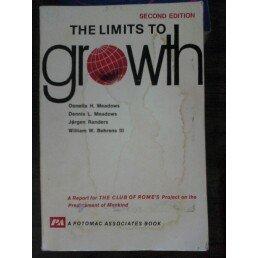 The Limits to Growth

The Limits to Growth (LTG) is a 1972 report on the exponential economic and population growth with a finite supply of resources, studied by computer simulation. Commissioned by the Club of Rome, the findings of the study were first presented at international gatherings in Moscow and Rio de Janeiro in the summer of 1971. The report's authors are Donella H. Meadows, Dennis L. Meadows, Jørgen Randers, and William W. Behrens III, representing a team of 17 researchers.Since its publication, some 30 million copies of the book in 30 languages have been purchased. It continues to generate debate and has been the subject of several subsequent publications. The Limits to Growth: The 30-Year Update was published in 2004, and in 2012, a 40-year forecast from Jørgen Randers, one of the book's original authors, was published as 2052: A Global Forecast for the Next Forty Years.
Read more or edit on Wikipedia