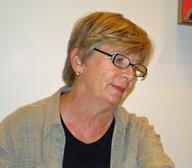 Barbara Ehrenreich (, AIR-ən-rike; née Alexander; August 26, 1941 – September 1, 2022) was an American author and political activist. During the 1980s and early 1990s, she was a prominent figure in the Democratic Socialists of America. She was a widely read and award-winning columnist and essayist and the author of 21 books. Ehrenreich was best known for her 2001 book Nickel and Dimed: On (Not) Getting By in America, a memoir of her three-month experiment surviving on a series of minimum wage jobs. She was a recipient of a Lannan Literary Award. Source: Wikipedia (en)