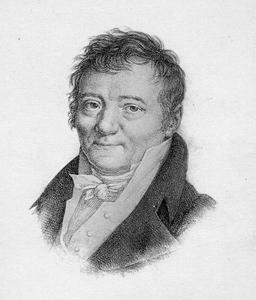 Charles-Alexandre-Amaury Pineux, known as Amaury Duval (28 January 1760 in Rennes – 12 November 1838 in Paris) was a French lawyer, historian, diplomat, writer and scholar. His brother was the playwright Alexandre Duval and one of his two sons was the painter Amaury Duval.
Read more or edit on Wikipedia