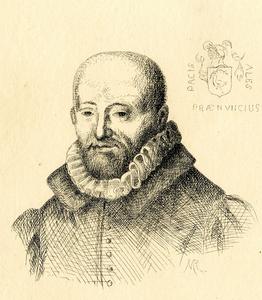 Antoine Loysel, Seigneur of Courroy, Fouilloy and Églantier, (February 16, 1536 in Beauvais – April 28, 1617 in Paris), was a French jurisconsult who was notable among jurists for having collected the general principles of old French customary law.
Read more or edit on Wikipedia