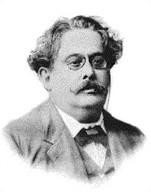 Artur Nabantino Gonçalves de Azevedo (7 July 1855 – 22 October 1908) was a Brazilian playwright, short story writer, chronicler, journalist and Parnassian poet. He is famous for consolidating in Brazil the "comedy of manners" genre, initiated by Martins Pena. He founded and occupied the 29th chair of the Brazilian Academy of Letters from 1897 until his death in 1908.
Read more or edit on Wikipedia