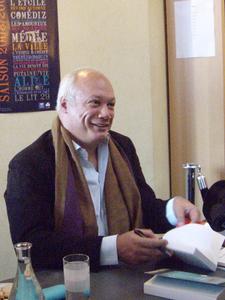 Eric-Emmanuel Schmitt (born 28 March 1960) is a Franco–Belgian playwright, short story writer and novelist, as well as a film director. His plays have been staged in over fifty countries all over the world.
Read more or edit on Wikipedia