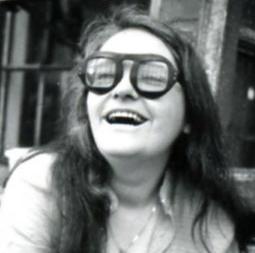 Katherine Murray Millett (September 14, 1934 – September 6, 2017), better known as Kate Millett, was an American feminist writer, educator, artist, and activist. She attended Oxford University and was the first American woman to be awarded a degree with first-class honors after studying at St Hilda's College, Oxford. She has been described as "a seminal influence on second-wave feminism", and is best known for her book Sexual Politics (1970), which was based on her doctoral dissertation at Columbia University. Journalist Liza Featherstone attributes the attainment of previously unimaginable "legal abortion, greater professional equality between the sexes, and a sexual freedom" in part to Millett's efforts.The feminist, human rights, peace, civil rights, and anti-psychiatry movements were some of Millett's principal causes. Her books were motivated by her activism, such as woman's rights and mental health reform, and several were autobiographical memoirs that explored her sexuality, mental health, and relationships. In the 1960s and 1970s, Millett taught at Waseda University, Bryn Mawr College, Barnard College, and the University of California, Berkeley. Some of her later written works are The Politics of Cruelty (1994), about state-sanctioned torture in many countries, and Mother Millett (2001), a book about her relationship with her mother. Between 2011 and 2013, she won the Lambda Pioneer Award for Literature, received Yoko Ono's Courage Award for the Arts, and was inducted into the National Women's Hall of Fame. Millett was born and raised in Minnesota, and then spent most of her adult life in Manhattan and the Woman's Art Colony, established in Poughkeepsie, New York, which became the Millett Center for the Arts in 2012. Millett came out as a lesbian in 1970, the year the book Sexual Politics was published. However, late in the year 1970 she came out as bisexual. She was married to a sculptor Fumio Yoshimura (1965 to 1985) and later, until her death in 2017, she was married to Sophie Keir.
Read more or edit on Wikipedia