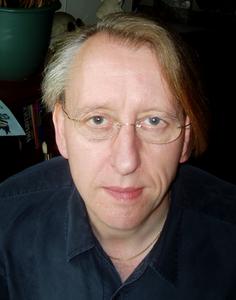 Bryan Talbot (born 24 February 1952) is a British comics artist and writer, best known as the creator of The Adventures of Luther Arkwright and its sequel Heart of Empire, as well as the Grandville series of books. He collaborated with his wife, Mary M. Talbot to produce Dotter of Her Father's Eyes, which won the 2012 Costa biography award.
Read more or edit on Wikipedia