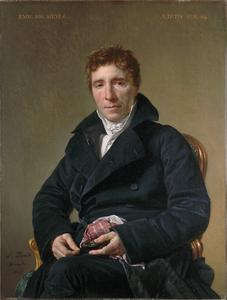 Emmanuel-Joseph Sieyès (3 May 1748 – 20 June 1836), usually known as the Abbé Sieyès (French: [sjejɛs]), was a French Roman Catholic abbé, clergyman, and political writer who was the chief political theorist of the French Revolution (1789–1799); he also held offices in the governments of the French Consulate (1799–1804) and the First French Empire (1804–1815). His pamphlet What Is the Third Estate? (1789) became the political manifesto of the Revolution, which facilitated transforming the Estates-General into the National Assembly, in June 1789. He was offered and refused an office in the French Directory (1795–1799). After becoming a director in 1799, Sieyès was among the instigators of the Coup of 18 Brumaire (9 November), which installed Napoleon Bonaparte to power. Moreover, apart from his political life, Sieyès coined the term "sociologie", and contributed to the nascent social sciences.
Read more or edit on Wikipedia