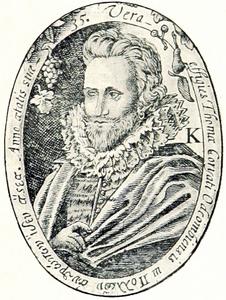 Thomas Coryat (also Coryate) (c. 1577 – 1617) was an English traveller and writer of the late Elizabethan and early Jacobean age. He is principally remembered for two volumes of writings he left regarding his travels, often on foot, through Europe and parts of Asia. He is often credited with introducing the table fork to England, with "Furcifer" (Latin: fork-bearer, rascal) becoming one of his nicknames. His description of how the Italians shielded themselves from the sun resulted in the word "umbrella" being introduced into English.
Read more or edit on Wikipedia 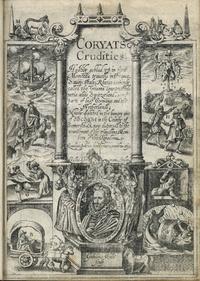