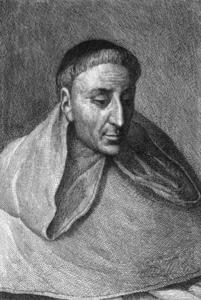 Gabriel Téllez (c. 24 March 1583 – c. 20 February 1648), better known as Tirso de Molina, was a Spanish Baroque dramatist, poet and Roman Catholic monk. He is primarily known for writing The Trickster of Seville and the Stone Guest, the play from which the popular character of Don Juan originates. His work is also of particular significance due to the abundance of female protagonists, as well as the exploration of sexual issues.
Read more or edit on Wikipedia