Charles-François Tiphaigne de la Roche, (February 19, 1722 – August 11, 1774), was a French author. He was born at Montebourg, Cotentin, studied medicine at the University of Caen and became a physician in 1744. His novels, written for the most part anonymously, take place in the wake of two of the great 18th century's philosophical movements of Rationalism and Illuminism, and often mix scientific considerations with cabalistic, magical and alchemical ones. He anticipated many social and scientific inventions, e.g. photography, synthetic food, and television.
Read more or edit on Wikipedia 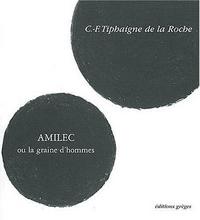