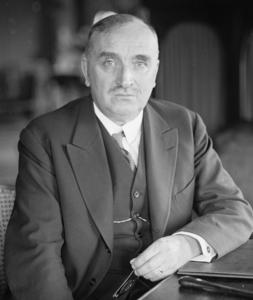 Paul Claudel (French: [pɔl klodɛl]; 6 August 1868 – 23 February 1955) was a French poet, dramatist and diplomat, and the younger brother of the sculptor Camille Claudel. He was most famous for his verse dramas, which often convey his devout Catholicism. Claudel was nominated for the Nobel Prize in Literature in six different years.
Read more or edit on Wikipedia