country of citizenship: United Kingdom
language of expression: English
educated at: University of Birmingham
occupation: historian
award received: Commander of the Order of the British Empire, Fellow of the British Academy

Christopher Charles Dyer CBE FBA (born 1944) is Leverhulme Emeritus Professor of Regional and Local History and director of the Centre for English Local History at the University of Leicester, England. He was appointed Commander of the Order of the British Empire (CBE) in the 2008 Birthday Honours.
Read more or edit on Wikipedia

An age of transition?: economy and society in England in the later Middle Ages

Lords and peasants in a changing society 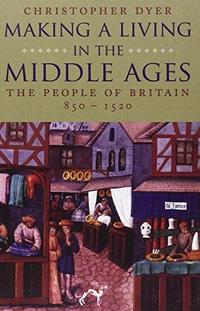 Making a Living in the Middle Ages