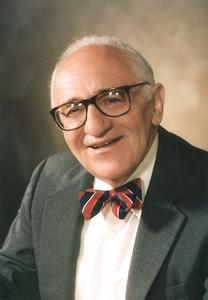 Murray Newton Rothbard (; March 2, 1926 – January 7, 1995) was an American economist of the Austrian School, economic historian, political theorist, and activist. Rothbard was a founder and leading theoretician of anarcho-capitalism and a central figure in the 20th-century American libertarian movement. He wrote over twenty books on political theory, history, economics, and other subjects.Rothbard argued that all services provided by the "monopoly system of the corporate state" could be provided more efficiently by the private sector and wrote that the state is "the organization of robbery systematized and writ large". He called fractional-reserve banking a form of fraud and opposed central banking. He categorically opposed all military, political, and economic interventionism in the affairs of other nations. According to his protégé Hans-Hermann Hoppe, "[t]here would be no anarcho-capitalist movement to speak of without Rothbard".Libertarian economist Jeffrey Herbener, who calls Rothbard his friend and "intellectual mentor", wrote that Rothbard received "only ostracism" from mainstream academia. Rothbard rejected mainstream economic methodologies and instead embraced the praxeology of his most important intellectual precursor, Ludwig von Mises. To promote his economic and political ideas, Rothbard joined Lew Rockwell and Burton Blumert in 1982 to establish the Mises Institute in Alabama.
Read more or edit on Wikipedia