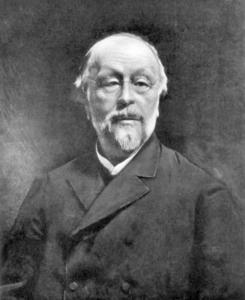 Hippolyte Adolphe Taine (French pronunciation: ​[ipɔlit adɔlf tɛn], 21 April 1828 – 5 March 1893) was a French historian, critic and philosopher. He was the chief theoretical influence on French naturalism, a major proponent of sociological positivism and one of the first practitioners of historicist criticism. Literary historicism as a critical movement has been said to originate with him. Taine is also remembered for his attempts to provide a scientific account of literature. Taine had a profound effect on French literature; the 1911 Encyclopædia Britannica asserted that "the tone which pervades the works of Zola, Bourget and Maupassant can be immediately attributed to the influence we call Taine's." Through his work on the French Revolution, Taine has been credited as having ‘forged the architectural structure of modern French right-wing historiography’.
Read more or edit on Wikipedia