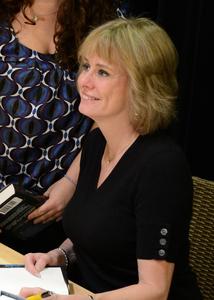 Kathleen Joan Reichs (née Toelle, born 1950) is an American crime writer, forensic anthropologist and academic. She is an adjunct professor of anthropology at the University of North Carolina at Charlotte.
Read more or edit on Wikipedia