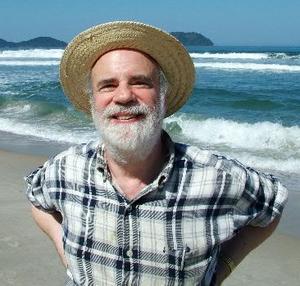 US American philosopher and logician

Saul Aaron Kripke (; born November 13, 1940) is an American philosopher and logician in the analytic tradition. He is a Distinguished Professor of Philosophy at the Graduate Center of the City University of New York and emeritus professor at Princeton University. Since the 1960s, Kripke has been a central figure in a number of fields related to mathematical logic, modal logic, philosophy of language, philosophy of mathematics, metaphysics, epistemology, and recursion theory. Much of his work remains unpublished or exists only as tape recordings and privately circulated manuscripts. Kripke has made influential and original contributions to logic, especially modal logic. His principal contribution is a semantics for modal logic involving possible worlds, now called Kripke semantics. He received the 2001 Schock Prize in Logic and Philosophy. Kripke is also partly responsible for the revival of metaphysics after the decline of logical positivism, claiming necessity is a metaphysical notion distinct from the epistemic notion of a priori, and that there are necessary truths that are known a posteriori, such as that water is H2O. A 1970 Princeton lecture series, published in book form in 1980 as Naming and Necessity, is considered one of the most important philosophical works of the 20th century. It introduces the concept of names as rigid designators, true in every possible world, as contrasted with descriptions. It also contains Kripke's causal theory of reference, disputing the descriptivist theory found in Gottlob Frege's concept of sense and Bertrand Russell's theory of descriptions. Kripke also gave an original reading of Ludwig Wittgenstein, known as "Kripkenstein", in his Wittgenstein on Rules and Private Language. The book contains his rule-following argument, a paradox for skepticism about meaning.
Read more or edit on Wikipedia

Wittgenstein on Rules and Private Language 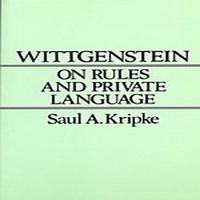 Wittgenstein on Rules and Private Language: An Elementary Exposition