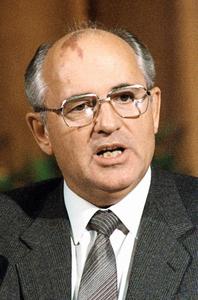 General Secretary of the Communist Party of the Soviet Union

Mikhail Sergeyevich Gorbachev (born 2 March 1931) is a Russian and former Soviet politician. The eighth and last leader of the Soviet Union, he was the General Secretary of the Communist Party of the Soviet Union from 1985 until 1991. He was also the country's head of state from 1988 until 1991, serving as the chairman of the Presidium of the Supreme Soviet from 1988 to 1989, chairman of the Supreme Soviet from 1989 to 1990, and president of the Soviet Union from 1990 to 1991. Ideologically, Gorbachev initially adhered to Marxism–Leninism, although he had moved towards social democracy by the early 1990s. Of mixed Russian and Ukrainian heritage, Gorbachev was born in Privolnoye, Stavropol Krai, to a poor peasant family. Growing up under the rule of Joseph Stalin, in his youth he operated combine harvesters on a collective farm before joining the Communist Party, which then governed the Soviet Union as a one-party state according to Marxist–Leninist doctrine. While studying at Moscow State University, he married fellow student Raisa Titarenko in 1953 prior to receiving his law degree in 1955. Moving to Stavropol, he worked for the Komsomol youth organization and, after Stalin's death, became a keen proponent of the de-Stalinization reforms of Soviet leader Nikita Khrushchev. He was appointed the First Party Secretary of the Stavropol Regional Committee in 1970, in which position he oversaw construction of the Great Stavropol Canal. In 1978 he returned to Moscow to become a Secretary of the party's Central Committee and in 1979 joined its governing Politburo. Within three years of the death of Soviet leader Leonid Brezhnev, following the brief regimes of Yuri Andropov and Konstantin Chernenko, the Politburo elected Gorbachev as General Secretary, the de facto head of government, in 1985. Although committed to preserving the Soviet state and to its socialist ideals, Gorbachev believed significant reform was necessary, particularly after the 1986 Chernobyl disaster. He withdrew from the Soviet–Afghan War and embarked on summits with United States President Ronald Reagan to limit nuclear weapons and end the Cold War. Domestically, his policy of glasnost ("openness") allowed for enhanced freedom of speech and press, while his perestroika ("restructuring") sought to decentralize economic decision making to improve efficiency. His democratization measures and formation of the elected Congress of People's Deputies undermined the one-party state. Gorbachev declined to intervene militarily when various Eastern Bloc countries abandoned Marxist–Leninist governance in 1989–90. Internally, growing nationalist sentiment threatened to break up the Soviet Union, leading Marxist–Leninist hardliners to launch the unsuccessful August Coup against Gorbachev in 1991. In the wake of this, the Soviet Union dissolved against Gorbachev's wishes and he resigned. After leaving office, he launched his Gorbachev Foundation, became a vocal critic of Russian Presidents Boris Yeltsin and Vladimir Putin, and campaigned for Russia's social-democratic movement. Widely considered one of the most significant figures of the second half of the 20th century, Gorbachev remains the subject of controversy. The recipient of a wide range of awards, including the Nobel Peace Prize; he was widely praised for his pivotal role in ending the Cold War, curtailing human rights abuses in the Soviet Union, and tolerating both the Revolutions of 1989, resulting in the fall of Marxist–Leninist administrations in eastern and central Europe and the reunification of Germany. Conversely, he is often derided in Russia for not stopping the Soviet collapse, an event which brought a decline in Russia's global influence and precipitated an economic crisis.
Read more or edit on Wikipedia 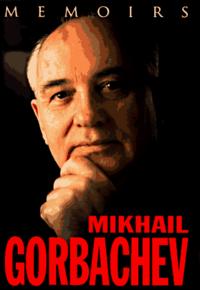