Dominic Tweddle, , is an English archaeologist specialising in Anglo-Saxon studies and the Director General of the National Museum of the Royal Navy. Previously he spent time as a Research Assistant at the British Museum and as the Assistant Director of the York Archaeological Trust, where he helped develop the Jorvik Viking Centre. He is also an honorary professor at the UCL Institute of Archaeology and the University of Portsmouth.Tweddle is known for his 1992 book on the Coppergate Helmet, which built on the work of Greta Arwidsson and Heiko Steuer to provide a typology of European helmets from the end of the Western Roman Empire to the end of the Viking Age.
Read more or edit on Wikipedia 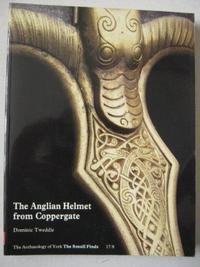 A Post-Roman Sequence at Carlisle Cathedral ( 2014 )

Settlement and Monasticism at Ripon, North Yorkshire, From the 7th to 11th Centuries A.D ( 1996 )