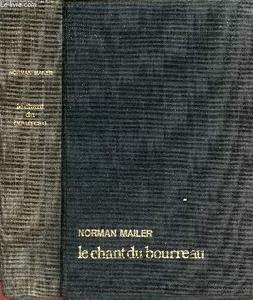 The Executioner's Song (1979) is a Pulitzer Prize-winning true crime novel by Norman Mailer that depicts the events related to the execution of Gary Gilmore for murder by the state of Utah. The title of the book may be a play on "The Lord High Executioner's Song" from Gilbert and Sullivan's The Mikado. "The Executioner's Song" is also the title of a poem by Mailer, published in Fuck You magazine in September 1964 and reprinted in Cannibals and Christians (1966), and the title of one of the chapters of his 1974 novel The Fight. Notable for its portrayal of Gilmore and the anguish generated by the murders he committed, the book was central to the national debate over the revival of capital punishment by the Supreme Court. Gilmore was the first person to be executed in the United States since the re-instatement of the death penalty in 1976.
Read more or edit on Wikipedia

add to my inventory
selling