Julian Daryl Richards is a British archaeologist. He is a professor at the University of York, the director of the Archaeology Data Service (ADS), and the editor of Internet Archaeology. He is also the director of the Centre for Digital Heritage at the university, and the founding director of The White Rose College of the Arts & Humanities. His research focuses on the archaeological applications of information technology, as well as on Anglo-Saxon and Viking archaeology. He has led excavations at Cottam, Cowlam, Burdale, Wharram Percy, and Heath Wood barrow cemetery.
Read more or edit on Wikipedia 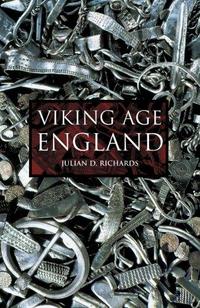 The Archaeotools project: faceted classification and natural language processing in an archaeological context. ( 2009 )

Cottam: An Anglian and Anglo-Scandinavian settlement on the Yorkshire Wolds ( 1999 )

Cottam, Cowlam and Environs: An Anglo-Saxon Estate on The Yorkshire Wolds ( 2013 )