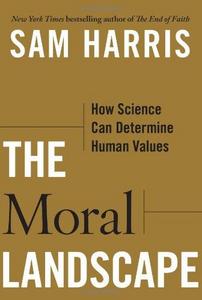 The Moral Landscape: How Science Can Determine Human Values

The Moral Landscape: How Science Can Determine Human Values is a 2010 book by Sam Harris, in which the author promotes a science of morality and argues that many thinkers have long confused the relationship between morality, facts, and science. He aims to carve a third path between secularists who say morality is subjective (e.g. moral relativists), and religionists who say that morality is given by God and scripture. Harris contends that the only moral framework worth talking about is one where "morally good" things pertain to increases in the "well-being of conscious creatures". He then argues that, problems with philosophy of science and reason in general notwithstanding, 'moral questions' will have objectively right and wrong answers which are grounded in empirical facts about what causes people to flourish. Challenging the traditional philosophical notion that humans can never get an 'ought' from an 'is' (the so-called Hume's law), Harris argues that moral questions are best pursued using not just philosophy, but the methods of science. Thus, "science can determine human values" translates to "science can tell us which values lead to human flourishing". It is in this sense that Harris advocates that scientists begin conversations about a normative science of "morality".Publication of the book followed Harris's 2009 receipt of a Ph.D. in cognitive neuroscience from the University of California, Los Angeles with a similarly titled thesis: The moral landscape: How science could determine human values.
Read more or edit on Wikipedia