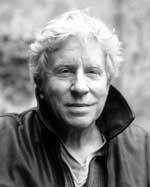 Franck Pavloff is a French psychologist, novelist, and poet born in Nîmes in France in 1940. Franck Pavloff currently lives in Isère, in eastern France, between trips. His Bulgarian father allowed him to develop a critical mind and his need for freedom, bequeathing him "the imperious taste of barbed wire and shoving confiscated thoughts" (blurb for the short story Brown Morning).
Read more or edit on Wikipedia