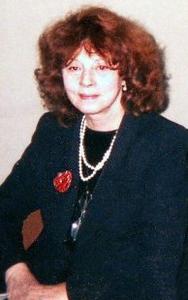 Régine Deforges (15 August 1935 – 3 April 2014) was a French author, editor, director, and playwright. Her book La Bicyclette bleue was the most popular book in France in 2000 and it was known by some to be offensive and to others for its plagiarism, neither of which was proved.
Read more or edit on Wikipedia