Rachid Mimouni (In Arabic:رشيد ميموني) (November 20, 1945 – February 12, 1995) was an Algerian writer, teacher and human rights activist. Mimouni wrote novels describing Algerian society in a realist style. He was threatened by Islamic militants for his stance against a movement which he described as being based on archaic ideas, irrelevant in the present time.
Read more or edit on Wikipedia 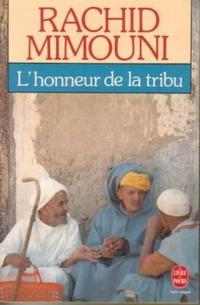