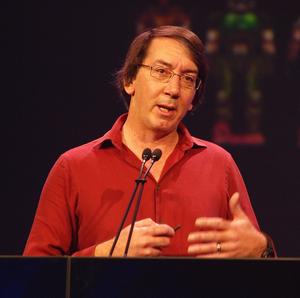 William Ralph Wright (born January 20, 1960) is an American video game designer and co-founder of the former game development company Maxis, and then part of Electronic Arts (EA). In April 2009, he left EA to run Stupid Fun Club Camp, an entertainment think tank in which Wright and EA are principal shareholders.The first computer game Wright designed was Raid on Bungeling Bay in 1984, but it was SimCity that brought him to prominence. The game was released by Maxis, a company Wright formed with Jeff Braun, and he built upon the game's theme of computer simulation with numerous other titles including SimEarth and SimAnt. Wright's greatest success to date comes from being the original designer for The Sims. The game spawned multiple sequels, including The Sims 2, The Sims 3, and The Sims 4 and expansion packs, and Wright has earned many awards for his work. His latest work, Spore, was released in September 2008 and features gameplay based upon the model of evolution and scientific advancement. The game sold 406,000 copies within three weeks of its release.
Read more or edit on Wikipedia 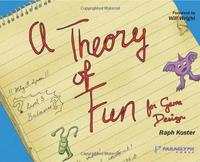 A Theory of Fun for Game Design