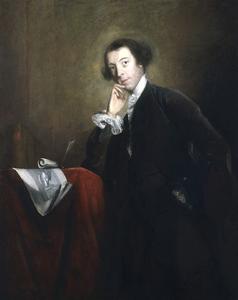 Horatio Walpole , 4th Earl of Orford (24 September 1717 – 2 March 1797), better known as Horace Walpole, was an English writer, art historian, man of letters, antiquarian and Whig politician.He had Strawberry Hill House built in Twickenham, south-west London, reviving the Gothic style some decades before his Victorian successors. His literary reputation rests on the first Gothic novel, The Castle of Otranto (1764), and his Letters, which are of significant social and political interest. They have been published by Yale University Press in 48 volumes.The youngest son of the first British Prime Minister, Sir Robert Walpole, 1st Earl of Orford, he became the 4th and last Earl of Orford on his nephew's death in 1791. His barony of Walpole descended to his first cousin once removed of the same name but Baron Walpole of Wolterton. Horatio Walpole the younger was later created a new Earl of Orford.
Read more or edit on Wikipedia