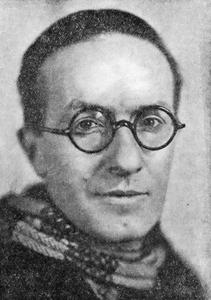 Hippolyte Jean Giraudoux (French: [ʒiʁodu]; 29 October 1882 – 31 January 1944) was a French novelist, essayist, diplomat and playwright. He is considered among the most important French dramatists of the period between World War I and World War II. His work is noted for its stylistic elegance and poetic fantasy. Giraudoux's dominant theme is the relationship between man and woman—or in some cases, between man and some unattainable ideal.
Read more or edit on Wikipedia