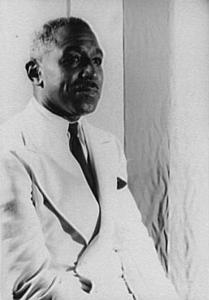 George Samuel Schuyler (; February 25, 1895 – August 31, 1977) was an American author, journalist, and social commentator known for his conservatism after he had supported socialism.
Read more or edit on Wikipedia