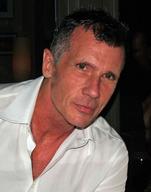 Michael Cunningham (born November 6, 1952) is an American novelist and screenwriter. He is best known for his 1998 novel The Hours, which won the Pulitzer Prize for Fiction and the PEN/Faulkner Award in 1999. Cunningham is a senior lecturer of creative writing at Yale University. Source: Wikipedia (en)