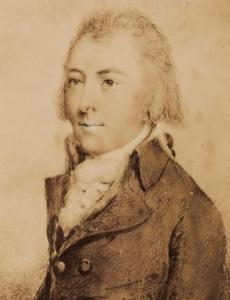 Godfrey Higgins (30 January 1772 in Owston, Yorkshire – 9 August 1833 in Cambridge) was an English magistrate and landowner, a prominent advocate for social reform, historian, and antiquarian. He wrote concerning ancient myths. His book Anacalypsis, was published posthumously, in which he asserts a commonality among various religious myths, which he traces back to the supposed lost religion of Atlantis. He has been termed a "political radical, reforming county magistrate and idiosyncratic historian of religions".
Read more or edit on Wikipedia