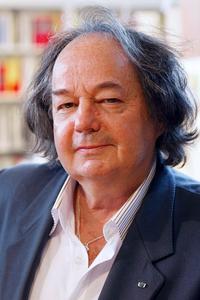 Gonzague Saint Bris (16 January 1948 – 8 August 2017) was an award-winning French novelist, biographer, and journalist. He won the 2002 Prix Interallié for Les Vieillards de Brighton. He was the founder of La Forêt des livres, an annual book festival, and the Cabourg Film Festival. He was also a juror for the prix Contrepoint, a French literary award. With his family, he was a co-proprietor of Clos Lucé.
Read more or edit on Wikipedia