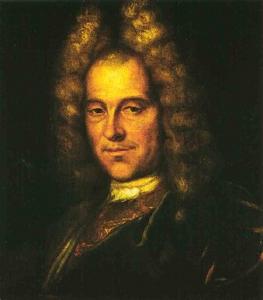 Johann Joseph Fux (German: [ˈfʊks]; c. 1660 – 13 February 1741) was an Austrian composer, music theorist and pedagogue of the late Baroque era. His most enduring work is not a musical composition but his treatise on counterpoint, Gradus ad Parnassum, which has become the single most influential book on the Palestrinian style of Renaissance polyphony.
Read more or edit on Wikipedia